Germany is considered an international pioneer in the areas of nature conservation and sustainability. Nevertheless, 40 international Germany-alumni found surprising results on the island Ruegen.

In the midst of nature: International alumni assess the state of nature conservation on the island Ruegen © Esteban Guevara

“Our country is considered a shining example in the area of sustainability. We wanted to show participants that we have problems here, too”, says Dr. Tiemo Timmerman. He is the organiser of the alumni seminar and coordinator of the Master’s Programme Landscape Ecology and Nature Conservation (LENC) at the University of Greifswald.
LENC belongs to the Alumni Network for Ecology, Sustainability and Nature Conservation (ANESCo). The Studienbegleitprogramm für internationale Studierende (Stube) in Berlin and other Germany-alumni from the fields of science, engineering and social science with a focus on environmental topics are also involved. ANESCo invited them to this island in the Baltic Sea at the beginning of June with support from the DAAD.

Practice instead of Conference
In five groups the alumni investigated topics such as ecotourism, environmental education, management of conservation areas and land use as well as traffic, energy and climate. Dr. Libertad Chavez-Rodriguez was enthusiastic, “The practical approach and the opportunity to learn from the experience and abilities of others really appealed to me.” The German-Mexican alumna studied Regional Science and Regional Planning at Karlsruhe University and is now working as a researcher in the field of environment and political ecology at the national research institute of social science CIESAS in her home country.

First, each group considered how they would approach the problem, “Together we developed a concept that would make good use of everyone’s area of expertise as well as experience”, says Libertad Chavez-Rodriguez . Then the participants conducted two and a half days of field research. Interviews with various stakeholders were especially beneficial. “The talks went very well – international scientists don’t come to Ruegen often”, says organiser Tiemo Timmermann. 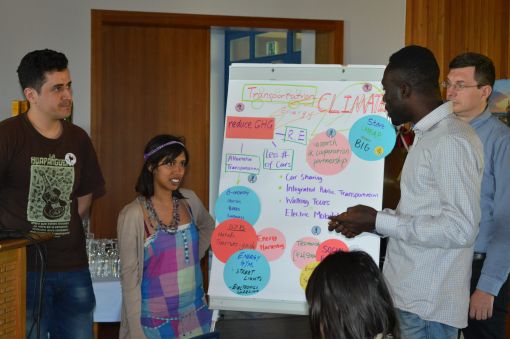 Too much Fertiliser, Small Budget
A group explored the biosphere reserve South-East Ruegen. Human activity, land use and nature conservation should coexist in harmony there. The participants heard the input from experts and found out how the reserve was managed. During this process they discovered serious shortcomings. Though ecotourism functions very well, land use includes the intensive use of pesticide and fertiliser, a percentage of which ends up in the Baltic Sea.

The other groups also identified problems that they would only have expected to find in their home countries, such as high unemployment in winter and youth moving away due to lack of perspectives. Another problem surprised LENC alumnus Babu Ram Bhattarai: “In Nepal, many projects are underfunded. I wouldn’t have expected to see budget shortages in a highly developed country like Germany.”

The participants experienced yet another surprise. Communication amongst the main players, such as between conservation management and agriculturalists, functions better in many other regions of the world than here in Germany. “Ruegen lacks the joint meetings and rituals that strengthen the social fabric. Forms such as these facilitate joint problem-solving and compromise”, explains Tiemo Timmerman.  A publication with all the results of the alumni and recommendations for action is planned.

Next Time in a Developing Country
The days spent together in Greifswald and on Ruegen convinced everyone that they are a good team and would like to continue cooperating in the ANESCo Network. “With our different perspectives on sustainability and nature conservation, we can make an impact”, says Babu Ram Bhattarai. In order to continue its meaningful work, ANESCo would like to meet in a developing country next time to establish a partnership with a nature reserve or a school, for instance.

More Information:
ANESCo on the Alumniportal Deutschland
Article on LENC “Preserving Ecosystems and their Biodiversity”

Impressions from the Workshop 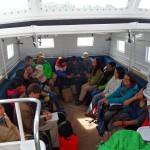 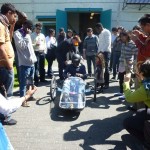 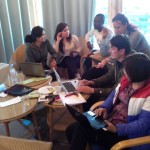 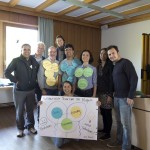 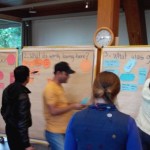 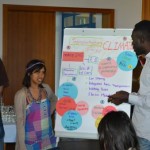