Impulses at the Baltic Sea coast and worldwide

Learning from each other, exchanging ideas, encouraging discussion partners to behave sustainably – this is what the alumni network ANESCo is all about. A few weeks ago the University of Greifswald invited guests to the fourth project seminar. The lively, intensive dialogue shaped the international meeting of experts.

Dr. Tiemo Timmermann, coordinator of the international Master’s programme “Landscape Ecology and Nature Conservation” (LENC) at the University of Greifswald, founded ANESCo in 2013. The abbreviation “ANESCo” stands for Alumni Network for Ecology, Sustainability and Conversation. The alumni network is supported by him, his team and “STUBE”, a supporting programme for students from Africa, Asia, Latin America and Eastern Europe – and by the DAAD through the EPOS programme with individual scholarships for participants from developing and emerging countries. In the meantime, around 100 alumni from 40 countries and all continents have joined ANESCo.

“The ANESCo meetings are about stepping out of university, initiating projects and making a difference”, emphasises Timmermann. One focus of the most recent meeting was schooling and the question of alternatives to frontal teaching.

German schools in the Dhaka Tribune 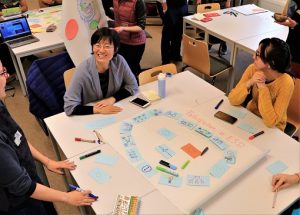 Every two years, a DAAD-funded network seminar like this one takes place. This time 120 alumni applied for the ten-day meeting. 35 alumni from various disciplines and 24 countries were selected, including former EPOS scholarship holder Mehedi Ahsan from Bangladesh, who studied “International and Development Economics” in Berlin in 2010.

The alumni visited the Freie Schule Rügen and the Martinschule in Greifswald. The latter was awarded the German School Award for its inclusion concept. Mehedi Ahsan, who works for the KfW, a German development bank, in his home country, reported on his encounters in the Dhaka Tribune. He was impressed by the fact that the teachers at both schools only used frontal teaching in exceptional cases – and that children and young people were educated to become “responsible citizens of the world”. Against this background, he pondered what Bangladesh could learn from these school concepts in his article. 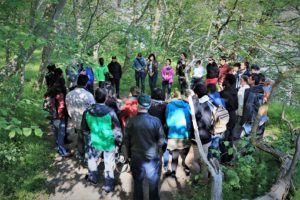 Another highlight of the alumni meeting for Mehedi Ahsan was a visit to the biosphere reserve Southeast-Rügen and the island of Vilm with its International Academy for Nature Conservation. But there were not just new ideas for the alumni. “In addition to the impulses they will take back with them to their home countries, they also brought input to Germany”, says coordinator Timmermann. One example: How are school gardens laid out? How do pupils deal with nature, environmental conservation and climate protection? “Nepal is very active in this area, and our alumni had a lot to say when they visited the two German schools.” This meeting with the international team of experts really inspired the teachers, reports Timmermann.
ANESCo left its mark not only at schools but also beyond. “Because people of different cultures, languages and skin colours came together. Participants treat each other with respect and have developed a strong team spirit in the six years since the network has been active. This is clearly visible and has impressed other people whom they have met during the project days”, emphasises Dr Timmermann. 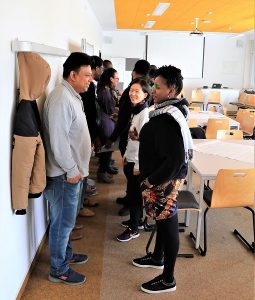 By the next meeting, planned for 2021 in Costa Rica, a website for the ANESCo network will be set up. Sustainable nutrition and climate protection will then be the focus of attention – and network members from all over the world will once again travel there. The CO2 emissions caused by the flights will be offset by donations to corresponding projects. This contribution of around 60 euros per participant is voluntary, but by 2019 the compensation rate had already reached 80 percent. Timmermann hopes that 100 percent will be achieved at the next meeting. In the spirit of the network’s concept: do not just talk sustainability, also act sustainably.

Link to the Dhaka Tribune:
https://www.dhakatribune.com/opinion/op-ed/2019/06/09/the-future-is-in-their-hands