Know-how for a Liveable Megacity

Dortmund and Quezon in the Philippines: The two different places of study provide Hieu Trong Nguyen with many ideas for his hometown Ho Chi Minh City. The DAAD scholarship holder wants to help transform the Vietnamese metropolis into a smart city. 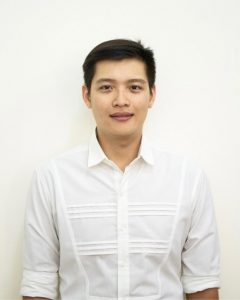 The first year of the SPRING Master’s programme takes place at the TU Dortmund. It offers exactly what Hieu Trong Nguyen is looking for: Regional Development Planning and Management. The Vietnamese focuses on the rapidly growing region of Ho Chi Minh City. “By the year 2020, 20 to 22 million people are expected to live there”, he reports. “And ten years later, the city will be amongst the world’s 33 largest megacities, according to UN-HABITAT, the United Nations centre for human settlements.”

Urban development has been Hieu Trong Nguyen’s subject since he was still in Vietnam. He has already gained initial professional experience, both as an architect and through a voluntary city project. In addition, he has been involved in several German-Vietnamese university cooperation projects on urban development. 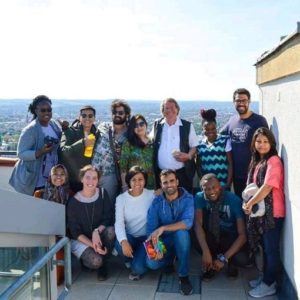 He intends to use the know-how he acquires during his Master’s studies to transform his hometown into an “intelligent” city with sustainable structures – a smart city. Millions of people will not only be able to make a living there, but also enjoy access to good health care and a comfortable environment. This is still a dream for the future – Hieu Trong Nguyen has been in Dortmund since August 2018, concentrating on his studies. He is supported by the DAAD through the EPOS programme. After their first academic year in Dortmund, SPRING students spend their second year at a university in the Philippines, Ghana, Tanzania or Chile. Hieu Trong Ngyuen has chosen the University of the Philippines in Quezon City near Manila. In September 2019, he will transfer there to the School of Urban and Regional Planning.

From Dortmund to the Philippines 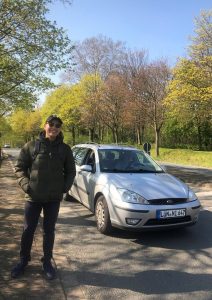 He already knows the country from an earlier stay, now he wants to delve deeper into the Philippine mixture of Asian culture. “Most importantly, the courses on offer are perfectly tailored to my topic: urban governance in smart cities.”
Everything fits together – the seminars at the TU Dortmund and the support of his mentor, international conferences with impressive, inspiring speakers, and the assistance of the DAAD.

“When I have time, I try to clear my head through sports”, says Hieu Trong Nguyen. He is also interested in his surroundings, his fellow students from different countries, the people in Dortmund, and German culture. He experiences his stay as very enriching and is sure that he will take many impressions and ideas back to Vietnam with him.