30 Years of Development-Related Postgraduate Courses – Looking Back, Forward and Inward

Damodar Adhikari works for the Research Triangle Institute (RTI) – International. There he supports the development of a Nepalese health system rooted in equality – for all genders, classes and ethnicities. How does this fit in with his master’s degree in spatial planning? 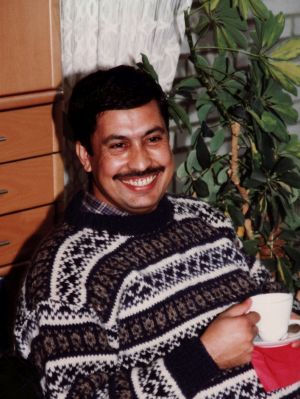 Damodar Adhikari during his studies in Dortmund ©Private

In 2015, when a severe earthquake shook Nepal, Damodar Adhikari was well qualified and positioned to help. The planners became involved in the recovery of health services and building new health care centres. It was to be earthquake-resistant and take the resettlement of people due to the catastrophe into consideration.

Damodar Adhikari was equipped with the necessary tools to accomplish this from 1995 to 1997 at the TU Dortmund in the master’s programme Spatial Planning for Regions in Growing Economies (SPRING). “The programme offered exactly what I needed in my former position as planning official at the Ministry for Local Development in Nepal: analytical and critical thinking, dealing with planning tools, and techniques for successful cooperation with the population”, says Damodar Adhikari. “The successful combination of theory and practice strengthened my decision to pursue this path and promote the socio-political development of my country.”

Writing an Important Handbook
After earning his master’s degree in Dortmund and spending a year at the School of Urban and Regional Planning in the Philippines, the DAAD alumnus returned to his position in the ministry – full steam ahead. “Among other activities, I developed a handbook, a planning manual, for the district planning process. It was the first of its kind and is still being used today.” Adhikari also penned other guidelines for development facilitators and trained them to use. He drew up a regulation for local government units and worked on the Community Environmental Awareness & Management Project (CEAMP), which was intended to promote environmental awareness in the municipality through a variety of initiatives.

He still feels very strongly about the topic of environmental protection and is realising a project that is easily implemented in daily life. “I initiated a system that composts garbage with the help of special worms, popularly known as vermi-composting”, says Adhikari, whose master’s degree in the Philippines addressed the tense relationship between ecology and economy. “So far I’ve been able to train more than 10,000 individuals and farmers in Nepal in this technique.” 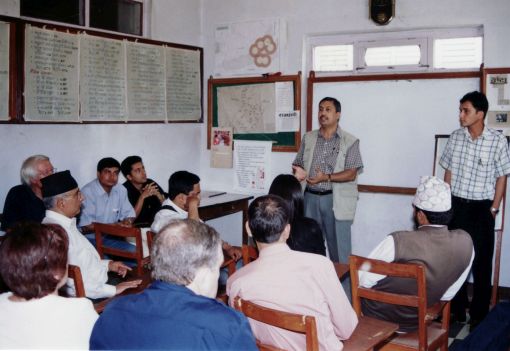 Back in Nepal: Damodar Adhikari passes on his knowledge ©Private

Work on the Nepalese Constitution
Adhikari’s knowledge is profound. Before he transferred to RTI in 2006, alongside his work at the ministry, he earned his doctorate at the TU Dortmund on the topic “Towards Local Democracy in Nepal, Power and Participation in District Development Planning”. The planner applied the results of his research to redesigning the administrative structure in Nepal. “After hearing a few of my lectures on this topic, political parties, Constituent Assembly members and UN agencies invited me to advise them during the drafting of the new constitution in 2015, especially on the structure and functions of local government units.” 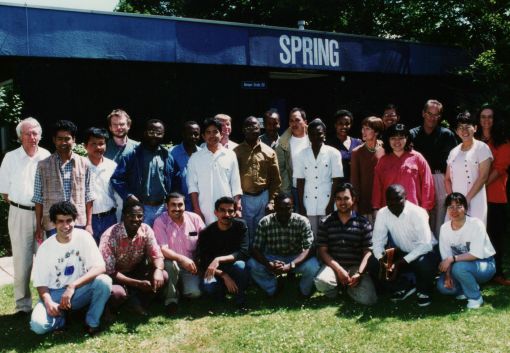 Don’t just Learn at the University
Adhikari attributes the positive development of his career to his time in Germany – both inside and outside the university. “The master’s laid the cornerstone for my expertise, but my experiences outside the university are just as if not more important”, he says. “Travelling, observing, and dealing with people – I learned from it all.” He is still benefitting from his good time management, the intercultural experience, and the conviction that even people with very different personalities can join together to achieve something productive. Drawing on this experience, he gives the following advice to current scholarship holders: “Use your time in Germany and see as much of the country as possible. Learning doesn’t just take place at the university”.