My experience at University of Flensburg

My mission: To let the world know that there is a small place at the northern edge of Germany that influences the way things are getting done all around the world.

Before studying in Germany’s northernmost city, Flensburg, I worked for 3 years at a consulting services company, whose main goal was to develop climate change projects, mostly focused on the Kyoto Protocol’s Clean Development Mechanism. I knew that I wanted to pursue a Master’s degree and just had to decide where, but this did not take me long. I had always heard about the “learning by doing” system at German universities, where the student’s own participation is fundamental to the learning process, i.e. not only memorizing information, but creating new ideas and projects together with the other students. So I knew that Germany would be the place.

So I went to a DAAD meeting on the types of Master’s degree scholarships offered by the DAAD. I picked up a booklet about Master’s programs for students from developing countries and started reading. In the end, the Flensburg program was the most interesting for me, because it offered the chance not only to deepen technical knowledge, but also to acquire managerial skills. Secondly, the program’s approach to international cooperation focuses on development through energy enhancement. And third, the program offered two months of what they call “International Class” – a chance to work on a renewable energy project in rural Scotland (whiskey came to mind). That just sounded great for me! 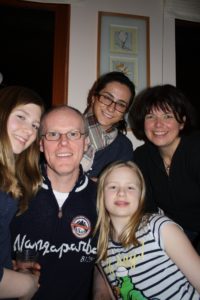 I applied and some months later I was the proud holder of a “Scholarship Award”. This was the beginning of a new adventure. After two months of German language courses and an introductory seminar in economics, I officially started the Master’s program. The lecturers were amazing; their teaching methodology made me understand the meaning of working in a team.

In my personal life I had the opportunity to meet people from all over the world from countries that I could have never imagined, such as Kirgizstan, Nepal, Indonesia, Thailand, Pakistan, and many others countries far away from Mexico. We were just 12 students in all, in a country that was very strange to every one of us. But the university had an awesome program called the “Mentor Family Program”, and now I have a second family: my mentor family. We met people who gave of their free time to show us the city and the German culture; this was priceless! They have become not only friends, but a great source of inspiration. 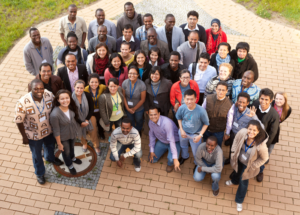 During the Millennium Express workshop at University of Flensburg © Marcus Dewanger

After almost two years of studies I returned to Mexico in 2012 and started working as a United Nations Development Program consultant at the Climate Change Directorate within the Environment Ministry. For three years I worked on climate change policy as the Director of Global Environmental Policies in the same office. This would not have been possible without the Master’s program in Germany: classes such as Energy Policy, Project Management, Rural Areas, Statistics, LEAP, Organizational Behavior, Principles of Sustainability, and Renewable Energy to name just a few.

Recently, I received the “International Climate Protection Fellowship” from the Alexander von Humboldt Foundation to spend a year in Germany working at the German Emissions Trading Authority on a project in the area of monitoring, reporting and verification for the Mexican carbon market. Needless to say, without the DAAD scholarship to study Energy and Environmental Management at the University of Flensburg I probably would not have gotten all the opportunities that have appeared in my life.