In the capital of intellectual property 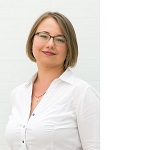 Munich is considered the capital of intellectual property because it is home to the German and European Patent Offices as well as the Munich Intellectual Property Law Center (MIPLC). It offers outstanding opportunities for law students, as former DAAD scholarship holder Karina Liutenko experienced during her Master’s studies.

Munich is considered the capital of intellectual property because it is home to the German and European Patent Offices as well as the Munich Intellectual Property Law Center (MIPLC). It offers outstanding opportunities for law students, as former DAAD scholarship holder Karina Liutenko experienced during her Master’s studies.

Top-class and challenging best describe the reputation of the Munich Center, which focuses on property rights for works of art or technical inventions, among other things. It is supported by four renowned institutions: the Max Planck Institute for Innovation and Competition in Munich, the Technical University of Munich, the University of Augsburg and the George Washington University Law School.
Karina Liutenko was able to achieve her goal of studying at MIPLC with one of the DAAD’s scholarships for Development-Related Postgraduate Courses.

Combining law and computer science
She had already been accustomed to spending nights reading and working – until the crack of dawn if necessary. As a young lawyer, she had taken a part-time job “on the side” at an IT company to better understand how to write computer programs. “I’ve never slept as little as in those six months”, she recalls. “The subject of intellectual property is not handed to you on a plate.” But, the Ukrainian took the necessary stress humorously: “The pain goes away, but the LLM degree from MIPLC is forever”. 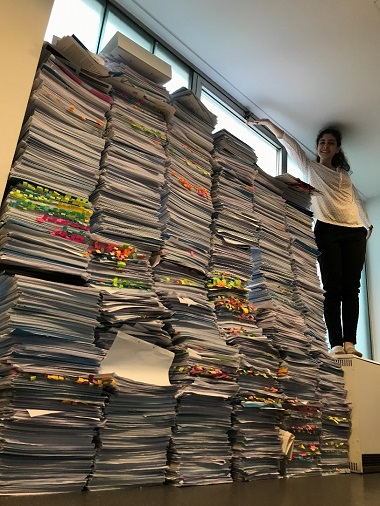 Karina Liutenko had decided to study chemistry after graduating from school, but switched to law in 2006. In 2011, she took on her first client. He came from the creative industry, and the young lawyer began to deal intensively with copyright law. In 2014, she joined the Kiev law firm LawWhales and specialised in intellectual property law.
“But that wasn’t sufficient for me because new technologies are constantly emerging and pose challenges to us lawyers”, says Karina Liutenko. The lawyer wanted to be on the cutting edge and therefore decided on the MIPLC in Munich, supported by a DAAD scholarship. After some minor initial difficulties, she quickly settled in to the Bavarian metropolis.

Support from the law firm
During her time in Munich, Karina Liutenko remained employed by LawWhales but only took on a few cases. The heads of the law firm supported her in her plans so that she could fully concentrate on her studies. “We were allowed to take as many courses as we wanted – and the professors were outstanding”, she reports enthusiastically. “I learned everything available on copyright, trademarks, the creative industry and competition law.”

In her intake year, she studied together with 35 young people from 15 different countries. All of them had already earned a law or technology degree or both and were among the top professionals in their home countries.

Karina Liutenko wrote her Master’s thesis on works created by artificial intelligence and the corresponding copyright issues. In September 2018, she completed her studies in Munich. The alumna continues to work on her topic – she plans to publish a book about it soon.