"We might know a lot, but we don’t seem to learn from it" 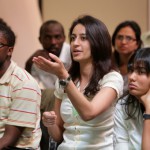 Effective disaster control beings long before disaster strikes and has much to do with good and effective management. This became clear at the end of April, when the Millennium Express made its third stop in Dortmund. “Planning for Disaster Prone Areas: Approaches, Strategies and Experience from Haiti” was the name of the workshop sponsored by 18 DAAD scholarship holders at the Technische Universität Dortmund (TU Dortmund).

Good planning is just as important as quick and efficient relief operations. This was one of the conclusions drawn after two days of intense discussion about the possibilities of disaster control. A total of 66 participants brought their ideas and experience to the table.

The degree to which a region is at risk is on one hand a function of mathematical probability, and on the other, its susceptibility to disaster. This gives planners the ability to take a proactive approach to disaster control, explains Mark Fleischhauer from the Institute of Spatial Planning at TU Dortmund. For one, according to Fleischhauer, structures must be constructed in a way that makes them less vulnerable. Multiple risk regions should also be developed in a way that gives future disasters less opportunity to create damage. Another important aspect is keeping the populations in regions prone to disaster well informed, and teaching them how to reduce their own personal risk. “More often than not, spatial planners know exactly what to do,” says Fleischhauer. “The problem is that they lack the resources to get the necessary backing from key decision makers.” 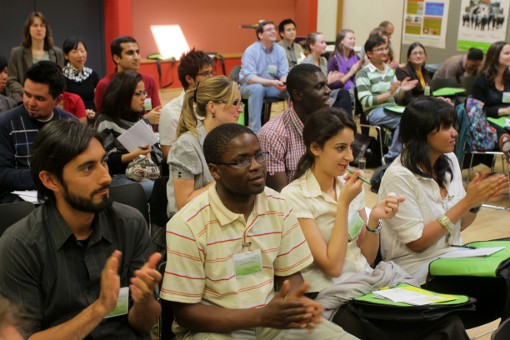 The lack of political drive and engagement is often blamed on a simple blindness to potential dangers and risk. “The social memory of disasters lasts but a few generations,” says Felix Diesner, an expert on food security from Colombia. That is why mistakes tend to repeat themselves. People settle in flood-prone riverbeds, build poorly constructed houses on hillsides unable to withstand mudslides or earthquakes, or they clear cut forests that prevent erosion. “We might know a lot, but we don’t seem to learn from it.” The problem is particularly acute in developing countries where extreme poverty and lack of education stand in the way of effective planning – and the consequences are often fatal when disaster does hit: The number of fatalities are 50 times higher in developing countries than in industrialised countries struck by an event similar in nature. 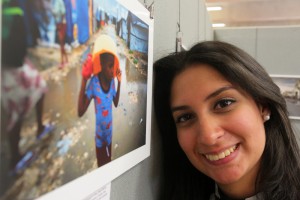 The 18 students from the “Spatial Planning for Regions in Growing Economies” (SPRING) programme who organised the Dortmund workshop wanted to raise awareness for both natural and man-made risks. They brought in Johannes Horstmann, an alumnus from the Dortmund programme, to talk about his experiences during the earthquake in Haiti. Yegana Guliyeva from the Lutheran World Federation’s Caribbeani Regional Office talked about the event from a helper’s prospective.

The organisers also relied on images to tell important stories and lessons. An exhibit presented photographs before, during and after the disasters in Haiti, Japan and Pakistan. Photographs were provided by the organisations Save the Children and Food for the Poor as well as by Inka Reichert, Ali Barkat and Yuki Goto. Personal experiences were also an important aspect of the photo exhibit. DAAD scholarship holder Ali Barkat, for instance, showed his pictures documenting the beginning of the disastrous floods that covered Pakistan in 2010. Working near the Chinese border at the time, the Dortmund SPRING student was taken by surprise by torrential rainfall. Together with his colleagues, Barkat and his colleagues made their way through the deluge for three days on foot and in rented cars. “It was a profound experience to see how the people were being affected by the flooding – and helping us at the same time.”

The workshop had lots to offer. Rowena Zapanta from the Philippines, a DAAD scholarship holder and one of the event’s organisers, also gained practical experiences that she looks forward to using in her work.