Good Planning Can Save Lives

Alumnus Johannes Horstmann on his experience in Haiti

Johannes Horstmann is a graduate of the “Spatial Planning for Regions in Growing Economies” (SPRING) program at the Technische Universität (TU) Dortmund. From 2008 to 2010, Horstmann was in Haiti working for the United Nations Development Program’s (UNDP) Environment division in cooperation with the German Development Service (DED). At the Dortmund conference on disaster management – and in the following interview – Horstmann talks about how good planning can save lives. 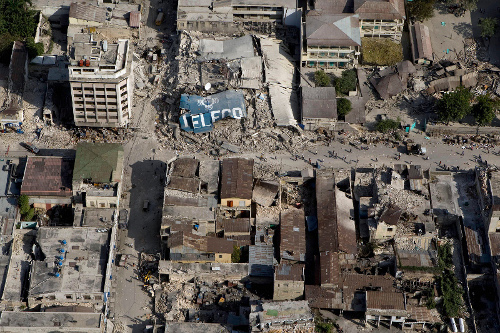 You were in Haiti in January 2010 when the big earthquake struck. How did you experience the catastrophe?

Johannes Horstmann: The scale of the catastrophe and extent of the damage was unimaginable. As much as 75 per cent of the affected area, including Port-au-Prince, was laid to waste. There was no relief infrastructure in place, so organising the aid effort meant starting from scratch. Meanwhile, people were putting the countless human corpses on the side of road. I spent the first week after the earthquake with other foreigners at the UN’s airport base. Because of the scarcity of food and water, we relied on the ration packages provided to us by the UN soldiers. At the same time, we searched the apocalyptic ruins of the city trying to find and help our missing Haitian colleagues.

Developing countries are more subject to natural disasters than those in Europe, for example. Is it the extreme climate that makes these regions particularly vulnerable?

Extreme climate-related events and natural phenomena can happen everywhere. It becomes a disaster when people and institutions are not prepared. Cuba, for example, sees just as many hurricanes as Haiti. But the number of victims is significantly lower in Cuba, thanks to better organisational, communication and civil defence infrastructure. As we saw with the earthquakes in Chile in 2010 and most recently in Japan, even these places can benefit from better preparedness as a way to reduce the number of casualties.

How is Haitian society prepared for these kinds of extreme situations?

Generally speaking, social structures and services in Haiti do not function well. When people are injured in a traffic accident, for example, there is often no ambulance available within range. The only recourse is to try and convince local residents or passing drivers to stop and help bring the injured to the nearest hospital. Another example is the fire-fighting infrastructure. There is basically no such thing as an established, organised fire brigade in Haiti. Only a few cities even have fire engines. So it is not uncommon for whole streets to go up in flames. And as we know from experience in recent years, poor communication often causes the population to panic, respond to false rumours or ignore warnings. Or warnings may not be received in time. Very often there is a simple lack of dependable, accurate information.

What could be achieved with better planning?

The problem in Haiti is not the lack of planning, but ineffective implementation. There are building codes and regulations, for example, but there is no system to enforce them. Hardly a single city has a land-use plan that is up to date. So people settle and build on steep slopes or in river beds that are dry for most of the year. But when the weather turns severe, slopes turn into landslides and houses down in the valleys get washed away. These kinds of floods are often “man-made” – the result of clear-cutting of mountain forests. In the past, the forest floor could absorb the water like a sponge and gradually release it into the streams and rivers. But on the bare slopes, there is nothing to stop the water from running off and rushing down with all its destructive power. Reforestation and terraced land cultivation are two examples of how to fight this problem. All in all, effective land-use and urban planning can go a long way to help avoid life-threatening catastrophes.

What are the chances that things will change after this last catastrophe?

There was a lot of talk of this as a big opportunity for Haiti – the chance to rebuild and leave the chaos of the past behind. But 15 months after the disaster, there are still 800,000 people living in tent cities. So it would be cynical, even macabre, to speak of a big opportunity. Nonetheless, they are making slow progress with the construction of emergency shelters. The government and aid organisations have realised that engineers and builders need to learn how to build earthquake-proof houses. This is something that nobody even thought about before 2010. But we shouldn’t kid ourselves. For many families, hiring an engineer and trained mason to build their home is simply too expensive. They can hardly afford iron reinforcements or robust building timber. So poverty leads to the same old constructional defects. This is the vicious cycle that needs to be broken. 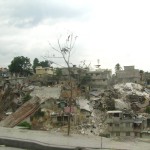 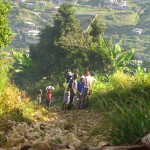