With expertise gleaned from both professional experience and their studies in Germany, DAAD scholarship holders talk about the eight UN Millennium Development Goals. This time we hear from Surendra Gautam, who comes from Nepal. 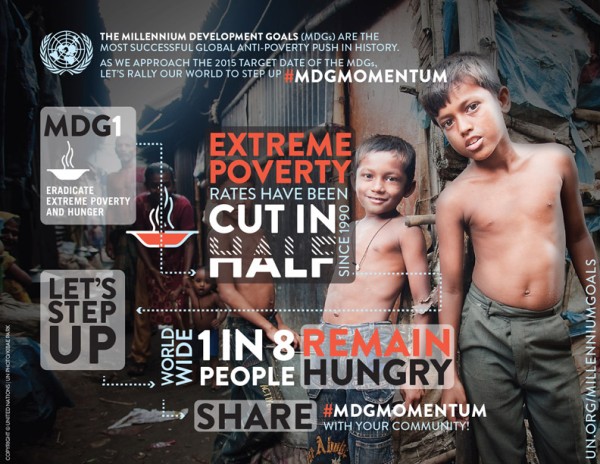 Self-help manual
Surendra Gautam works for Welthungerhilfe in Nepal, where he helps not only implement but optimise local NGO projects designed to teach his countrymen new methods for growing food. He acquired his expertise at the TU Dresden, where he studied Hydro Science and Engineering from 2007 to 2009 with a DAAD scholarship. 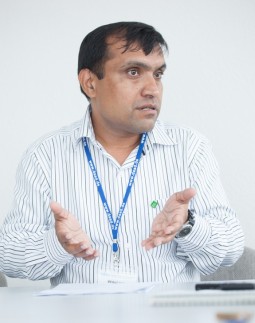 At what point does a person suffer from extreme poverty or hunger?
When they are too poor to feed their children. I cannot imagine a situation like this, and yet I witness the misery on a daily basis in my work with the Chepang farmers, an indigenous people of Nepal. Due to poverty and limited food the Chepang people are forced to feed themselves from wild plants and roots from the forest, such as githa, vyakur and yam. These are often boiled for 12 hours and make up the day’s main meal. It is very bitter but the people have no other choice.

How does it impact the country as a whole when a portion of its population is so poor and owns basically nothing?
These countries have a long road ahead of them. A country can only succeed in developing if its population can achieve at least a minimum standard of living. And just focusing on economic growth is not enough, since the poor will continue to fall by the wayside.

The goal for 2015 is a 50% reduction in the number people forced to live on less than 1 USD per day. Is this goal feasible?
In Nepal we can see that the goal remains a very distant one. About 27 percent of people here live below poverty level. While this is 5 percent less than in 2005, there is new type of poverty taking hold, especially in the cities. The problem for developing countries is that young people often leave the country hoping for greater opportunity and success on the international job market.
But the children and older member of society, who stay behind, aren’t able to work in the fields. So they move into the cities and the fields lie idle. We need to convince the young people to stay in Nepal or to return from abroad. Providing these young people with sufficient opportunity here at home requires long-term solutions. It’s not enough to simply provide money and food. As soon as they’re used up, the poverty returns.

What is the key to sustainable solutions?
Projects will be sustainable only when they get the local population directly involved. The villagers need to have a sense of ownership if the goal is sustainable, long-term improvements. There are all too many examples from the developing world, where projects and structures are abandoned and never rehabilitated – all it takes is a small technical problem. The village residents simply accept the situation because they never saw the project as theirs to begin with. This lack of ownership is due to the fact that the community was not involved in the process from the start.
Taking this to heart, we make sure that our projects involve all of the stakeholders from the get-go. They are encouraged to take initiative and are also entrusted with responsibility later on. Currently we are building a school, for example. The children have contributed their ideas and are even helping to implement the projects. They will feel a sense of identity and obligation to this school their whole lives.

What does Welthungerhilfe do fight against poverty and hunger?
In our experience, it is difficult to change the behaviour of indigenous peoples who have inherited traditional farming practices. It’s obvious that the level of acceptance of our new technical recommendations will not be 100%. It takes time to warm to the ideas and recommendations of outsiders.  And the time it takes to gain their confidence in the results often exceeds the duration of the project.
That is why we initiated the “Green School Project”. We go into the schools and explain to the children how food crops can be cultivated in a way that is eco-friendly and efficient. The kids tell their parents about it – so with a single classroom we reach all the children’s families. This inductively spreads to neighbours and families without children in schools.  In this way the knowledge is transferred and spread into the region via the classroom.

What is your suggestion/solution for the fight against poverty and hunger?
Every region has its own potential that needs to be tapped. This means always having experts on the ground that are familiar with the culture of the given country. Nepal also has many tourist attractions, such as the Himalayas and its incredible biodiversity.  If the country could establish itself as a tourist attraction over the long term, it would be an enormous help to the population.