A foreign language, an unfamiliar system, another culture. Studying abroad is a challenge in and of itself. But what if you have to plan not only for yourself but for a child, too? Three scholarship holders share their experiences as single mothers. 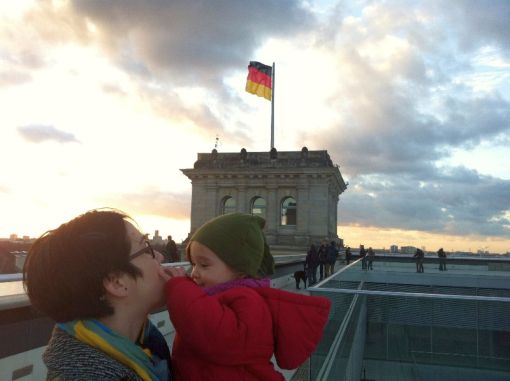 At the time Maria Aragon applied for the scholarship, she was already eight months pregnant © private

Maria Emilia Aragon’s day begins at 5:30am as she quietly prepares food in her Berlin kitchen for her little daughter Emma. “I try to have everything finished before she wakes up, but that doesn’t always work”, laughs the International Health student from Guatemala. “No matter how well organised I am, I can’t plan my child.”
In fact, her daughter wasn’t planned, but the studies abroad were. “While I was still studying in my home country, then without a child, my advisers were helping me search for a good programme to continue my education. That’s when I found out about the DAAD”, says Maria Aragon.
At the time she applied for the scholarship, she was already eight months pregnant. After careful consideration and intense Internet research about the position of single mothers in Germany, she had decided in favour of applying. “The benefits seemed to outweigh the burden.” She does not regret it. Germany is a country where single mothers can feel secure – something you can’t just take for granted in other parts of the world, says the Guatemalan. 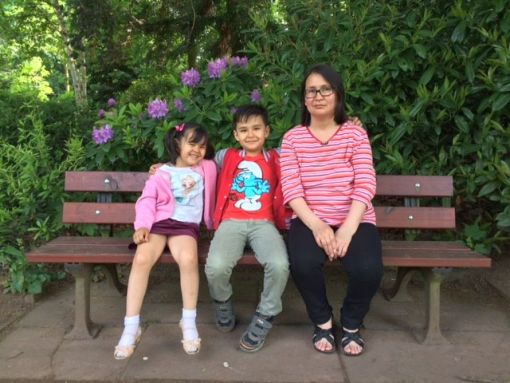 “After just one year, my children are already more German than Afghan,” says Zakia Shefayee © private

Waiting for a kindergarten spot
Zakia Shefayee from Afghanistan has a similar view. She moved to Duisburg with her two children to do her Master’s degree in the “Public Policy and Good Governance” programme. When she first arrived in Germany, organising childcare was a challenge. “I came to Germany eight months before my children for the required German language course and immediately signed my daughter Mina up for kindergarten. Half a year later, there was still no spot for her.”
No one had informed Zakia Shefayee about the long waiting times for a kindergarten spot, so at first, she had to take her four-year-old daughter with her to seminars, but that was never a problem. “Germans seem very formal and proper, but when problems arise, they’re warm-hearted and helpful. That surprised me.” Smiling, the divorced Afghan adds that her children had a hard time integrating at first but are doing fine now. “After just one year, they’re already more German than Afghan.” 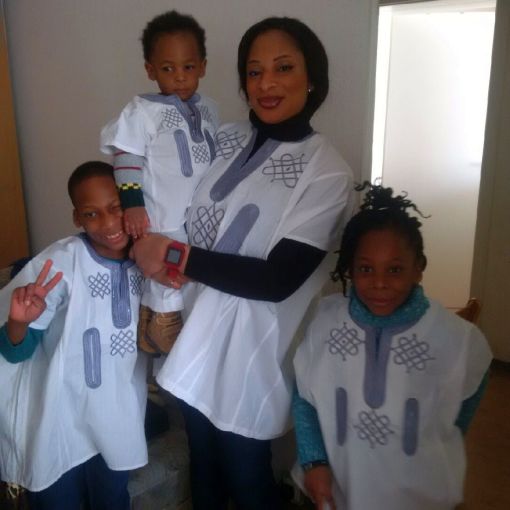 “When I see how far we have come, I remember why I decided to study in Germany in the first place,” says Olivia Ugokwe © private

Facing challenges
The three children of Olivia Ugokwe also felt at home in Germany quickly. “When I tell them that we’re going back to Nigeria soon, they always shout, ‘no, no’”, chuckles the doctoral candidate, who came to Erfurt to earn her Ph.D. in International Conflict Management. She had not prepared much beforehand for living abroad with children. “I thought ‘that won’t be so hard and I’ll face the challenges as they come.’”
For the period of her doctoral studies, Olivia Ugokwe left her husband and her extended family in Nigeria: “But when I arrived in Erfurt with my kids, each day was harder than the next. Living as a single mother in Germany is the hardest thing that I’ve ever done. Studies, household, children – you have to juggle everything.”
Nevertheless, she agrees with Zakia Shefayee and Maria Aragon that the experience is worth it. “No woman should give up her dreams and goals just because she has children”, emphasises the Nigerian. “It’s stressful. You have to fight, and on some days you ask yourself ‘what for?’, but then I see how far my children and I have come, and I remember why I decided to study in Germany in the first place.”