“Fraud in the food industry on the rise” 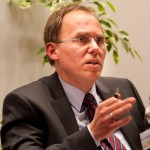 Argentinean steaks, Pangas catfish from Thailand – more and more of these international specialities are making their way on to Germany’s menus. But how safe are such products in this time of ever-shrinking resources? Eberhard Haunhorst, president of the Lower Saxony State Office for Consumer Protection and Food Safety (LAVES) and guest speaker at the Millennium Express workshop in Hanover, talks here about the chances of establishing worldwide food standards.

The foods we find in our supermarkets come from all corners of the globe. What does that say about their safety?
The consumer expects comparable standards – the thinking goes that prawns from Asia should be just as safe as shrimp from the North Sea. But misinformation and fraud in the food industry is out there and on the rise.

Are standards in the interest of the food producers?
Due to its 500 consumers and generally high income levels, the European market is fairly attractive for imports. Anyone who wants to gain a foothold within Europe has to meet EU regulations, however. The Lower Saxony State Office for Consumer Protection and Food Safety advises other countries such as Kosovo on how to best meet these requirements. 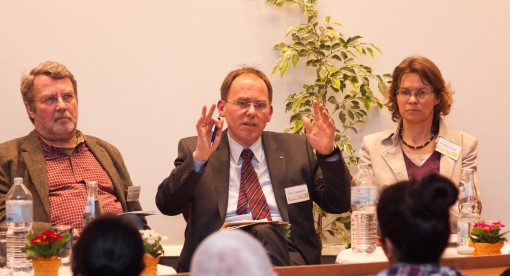 Is it even possible to monitor standards compliance on a global level?
There are no controls between EU member states because the legal requirements are the same throughout the entire European Community. All incoming animal products from third countries, however, are controlled at the external borders of the EU. Some countries are prohibited from importing goods into the EU, and sometimes imports are limited to products from certain companies. Plant products pass through border control checkpoints where testing documents – such as tests for aflatoxins in pistachios – are required before being allowed to pass.

How can developing and threshold countries keep up?
People have a fundamental right to safe food. This means that safe, high-quality food must be made available to consumers in every country throughout the world. This precludes a two-class system when it comes to food production. What we need are universally applicable safety standards for the food industry. Although we are still very far from achieving this, steps are being taken in the right direction. China, for example, is now meeting safety standards that were previously unattainable, resulting in increased exports to the EU. A number of developing countries have begun implementing modern agricultural methods with the goal of producing safe, high-quality food.