Setting the stage for a unique encounter: “Science meets School”

Worlds converged in Bonn: Science and business, newcomers and experts, scholarship holders and alumni, disciplines and cultures. One workshop even introduced students from a local high school into the mix – an experiment that benefited all. 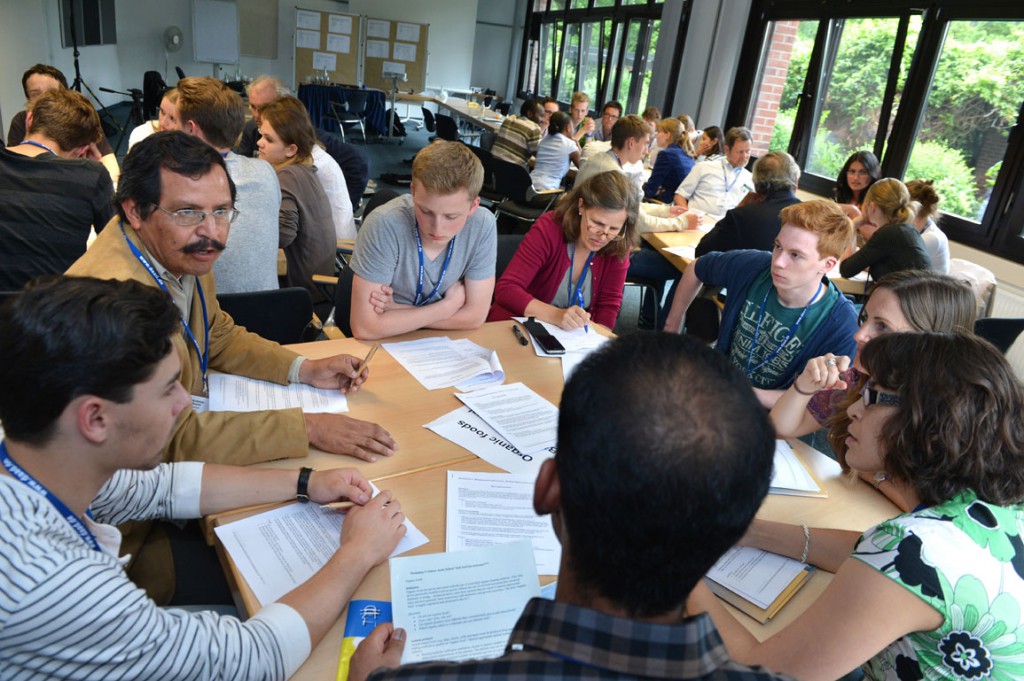 On your mark, get set, speed date! Participants of the “Science meets School” workshop, part of the anniversary conference held in Bonn, were tasked with introducing themselves in ten sentences or less. “Speed dating is a great way to break the ice,” said an enthusiastic Jackline Mworia from Kenya, who studies International Horticulture in Hannover. Academics, high school students and scholarship holders alike wandered through the room introducing themselves – briefly – to one another. “Any barriers that existed just melted away – it was that easy,” said the young woman from Kenya.

“Safe food for all?!”
The chance to mingle with academics and DAAD scholars from around the world was a new experience for the upper-level students from the Bonn high school. The topic “Safe food for all?!” shed light on an everyday yet central issue: Food and nutrition.

Organic food – yes or no? 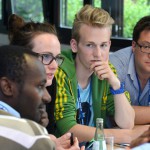 “Talking to the scholarship holders showed us how differently people in developing countries think about food,” said high school student Johannes Cichos. Take organic food, for instance, which can be found in nearly every German supermarket. Johannes realised that for the scholars from the developing world, whether to buy organic is a non-issue. “They made it clear to us that in their countries, it’s more a matter of making sure people have enough to eat.”

Food safety and mangoes
Two DAAD scholarship holders gave presentations on their research during the workshop, as well, further expanding on notions of food production, distribution and security. Asim Shamshad from Pakistan, a scholarship holder in the International Horticulture programme in Hannover, used the mango to illustrate production methods in his home country. Using images to make his point, Shamshad showed how different standards are applied to the transport and packaging of mangoes depending on whether the fruits are intended for export or for the local, Pakistani market. Students clearly understood the need for worldwide safety standards for food.

Time flies when you’re having fun 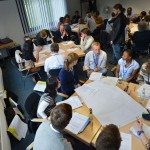 An example highlighting food supply in Nepal also led to fruitful discussion between the postgraduates and high school students. “The students listened hard about the problems my country is facing and started right in asking ‘Why not solve it like this?’” said the Nepalese scholarship holder Sabina Khatri, who is also enrolled in the International Horticulture programme. “I was really impressed by the students’ ideas – they were really good!” She plans to hang on not only to these fresh ideas but to the unique way in which they were generated, i.e. as part of a dialogue between the academic community and school. Khatri sees the potential for carryover and introducing something new to Nepal.

The very fact that the workshop far exceeded its allotted time vouched for the intensity and the quality of the discussions that took placed in those few hours. “Going into the workshop we thought it would be difficult to get the discussion going with the students,” said Sabina Khatri. “But time flew by and in the end, it was too short for all of us!”