The Green Economy – For Now the Best Alternative

An interview with Ulrich Hoffmann about opportunities and limitations 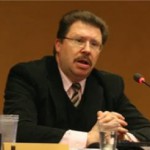 Dr. habil. Ulrich Hoffmann works for the UN Conference on Trade and Development (UNCTAD), a body established under the General Assembly of the United Nations to oversee the analysis and international dialogue on trade and development issues for developing countries. As the Chief of the Trade and Sustainable Development Section, Hoffmann is used to taking a hard look at both the opportunities and the limitations of the green economy.

The United Nations member states pledged back in 1992 during the Rio Conference to take a more sustainable approach to their use of energy, natural resources and raw materials. What has become of this nearly decade-old decision?

Ulrich Hoffmann: Unfortunately, when we look at the progress that was made, we can only speak in terms of millimetres. Far less was achieved than expected. In the end, technological advancements and structural changes were unable to neutralize – let alone overcompensate for – the absolute increase in the use of energy and natural resources. I know of only one exception that’s worth mentioning: fridges. Thanks to the energy classification system, today’s refrigerators use less electricity than in the past.

But there are certainly other areas where new energy efficiency technologies have made headway – such as automobiles.

That’s correct. Cars now use far less fuel than before. But the so-called ‘rebound effect’ eats up anywhere between 30 and 50 per cent of these savings. While energy consumption and the related costs may sink, people respond by driving more kilometres or owning several cars. It’s grounds for cautious optimism at best.

How will the Green Economy tackle this problem?

Classical economics maintains a vision of constant growth. The Green Economy, on the other hand, states that expansion and growth is naturally limited through our environment. There are three possible ways to respond: Reduce production, introduce more efficient technologies – such as more efficient or electric motors in cars and lighter bodywork, and change existing structures. An example of this would be leaving the car at home using public transportation instead.

Unfortunately, things that sound good in theory are often tough to put into practice. That’s why I am critical of the Green Economy. When the car manufacturers BWM and Mercedes announce their plan to build lightweight cars with lower fuel consumption, for instance, it sounds like good news for the environment. The manufacture of the carbon fibres used to create the lightweight bodywork for both of these companies, however, produces far more CO2 emissions per kilogramme than the manufacture of other conventional frame materials such as steel, aluminium or even magnesium. Carbon fibre is also difficult to dispose of and hard to recycle. The energy savings per automobile calculated over the vehicle’s entire life cycle is therefore a much more complex matter than one might think.

But you still remain a proponent of the Green Economy nonetheless, and continue to promote it to developing countries as well. Why?

For now, the Green Economy is the best alternative we have. Countries still in the throes of developing their manufacturing industries are faced with an existential question: If we are forced to drastically reducing greenhouse gas emissions worldwide, how much room is left over for development? Developing countries are the first to be hit by the results of climate change – flooding, natural catastrophes, food scarcity. These countries have no other choice than to move forward with a sustainable economy that keeps climate change and its affects in mind, even if they feel like they are being strong-armed into it.

Can the Green Economy save us from climate change?

By 2050 the Earth’s temperature should increase only 2 degrees instead of the more probable 3-4 degree increase we have today. To reach this goal, greenhouse emissions must sink 50 to 85 per cent. To achieve this at an annual economic growth of 2 per cent, the global economy’s carbon intensity must sink from today’s 770 grams or carbon dioxide per dollar of economic output to just 6 grams by 2050. This target amount is 130 times lower than the current global carbon intensity. Values must fall 16 times faster than they did between 1980 and 2008, during which carbon intensities fell only 23 per cent. These numbers show just how huge the global challenge is that we face. We’ll simply have to wait and see if a Green Economy based primarily on a drastically changed classification and incentive system can take on a challenge of this magnitude. We still have lots to consider. The Green Economy will be yielding some positive effects over the short and middle term, however. In Germany, for example, the renewable energies sector created more jobs than the automobile industry.