In North Africa and the Middle East, cities are growing at such a fast pace that their infrastructures are struggling to keep up. What kind of strategies can cities adopt to face this challenge? Scholars together with students enrolled in the German-Arab Master’s programme explore potential solutions during the “Integrated Urbanism Dialogue” held at Ain Shams University in Cairo. 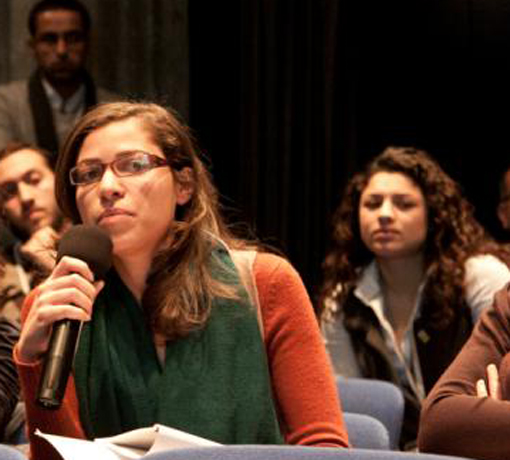 Outside the temperature has reached a sizzling 40° C – and inside the glass-encased office building the air conditioning is blasting. It’s anything but sustainable. If not apparent now, it will be when temperatures continue to climb, the cooling system breaks down or electricity becomes scarce. Scientists call this a “low resilience” situation. The term “resilience” refers to the adaptability or flexibility of a system to respond to, mitigate and/or recover from adverse impacts. These impacts include everything from the effects of global warming and rapid population growth to natural disasters.

The question of resilience in North African and Middle Eastern cities is the focus of the second-ever “Integrated Urbanism Dialogue”, which will take place 30 September – 1 October in Cairo. The symposium is an initiative of the German-Arab Integrated Urbanism and Sustainable Design (IUSD) Master’s programme. The two-year programme is organised by the University of Stuttgart and Ain Shams University in Cairo and prepares young professionals to take on roles as decision-makers and experts in their field. Students enrolled in the IUSD programme learn how to address the various environmental, cultural and social challenges brought about by urbanisation and social change in the Middle East and North Africa. The programme is sponsored by the DAAD as part of its German-Arab partnership initiative. Funding for the programme is carried by both partnering countries, with German funding coming from the Federal Ministry for Economic Cooperation and Development and the Federal Ministry of Education and Research, and Egyptian funds coming from Egypt’s Ministry of Higher Education. 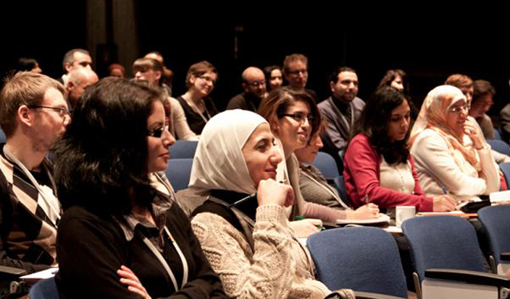 Diversity engenders creative ideas
The interdisciplinarity of the Master’s programme is reflected in the Cairo symposium, which explores engineering, environmental, architectural and economic considerations within the resilience debate. Together, the symposium’s international and multi-cultural group of experts from both academe and the public and private sectors will search for solutions. “This kind of diversity engenders creative and innovative ideas,” says Professor Mohamed Salheen, who is in charge of running the Ain Shams University side of the MSc programme.

Multiple perspectives on an issue help pave the way for novel approaches. In Cairo, for example, the only people who look into settlements built without construction permits and proper planning are architects and urban developers. No one has ever looked into the question of why people live in these settlements, despite their squalid conditions. As Mohamed Salheen points out, to prompt sustainable change, situations such as these beg the additional expertise of social scientists and economists as well.

No room for urban planning
In North Africa and the Middle East, addressing issues of resilience often takes a back seat to the regions’ acute problems, such as housing shortages and the social upheavals that have come in the wake of the Arab Spring movement. Controlled urban development is often impossible. Undeterred, the organisers of the symposium are committed to working toward viable and sustainable improvements in the urban context. They will discuss, for example, adaptive strategies for facing the challenges of climate change. As Mohamed Salheen points out, “cities must find ways to recover from both natural and man-made disasters. It’s their only chance of survival.”