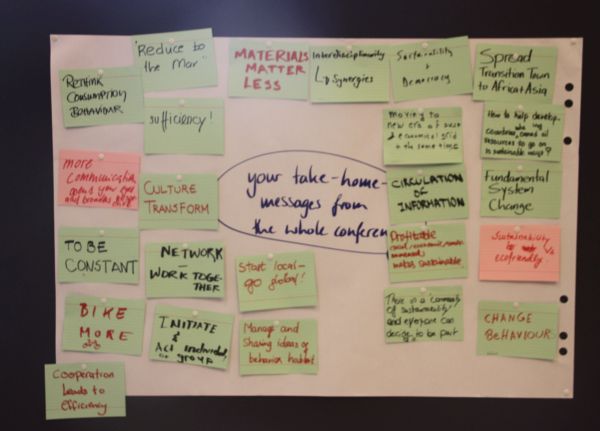 In times of climate change and increasing pollution, renewable energy is all the rage.  But is it enough?  The student-organised conference “Sustainability of Renewable Energy and Pathways for Future Society” in Oldenburg provides some interesting points to ponder.

When the mixer breaks it immediately becomes e-waste. Unfortunately, in our throwaway culture, repairing the appliance is far more expensive than buying a new one.  One option, of course, is to repair it yourself – in one of Germany’s 60 “Repair Cafés”, for example. This is where you’ll find people with just the right tools – and know-how – you need to get the job done. The Repair Café idea originated in the Netherlands and is just one of the many solutions for a sustainable society that were recently discussed at the Carl von Ossietzky University in Oldenburg. Students from Postgraduate Programme Renewable Energy invited 40 other Masters students from around Germany with different background to take part in workshops and exchange idea. The conference also included five lectures, which were also open to the public. 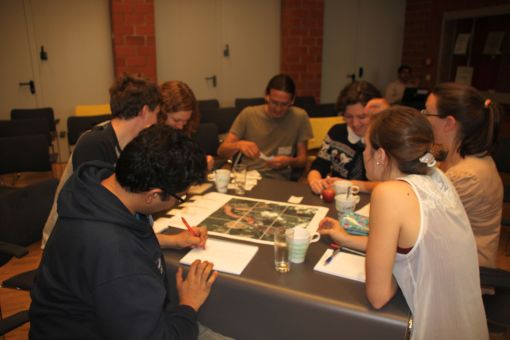 Students discussed their ideas for a sustainable society in different workshops
Photo: PPRE

Rethinking consumption
The message of the conference was clear: We cannot rely completely on renewable energies. We need to change the way we use energy as well. In one of the workshops, participants played a board game that focused on developing strategies for rural and urban regions. The goal of the game was to increase the share of renewable energies while decreasing both energy consumption and CO2 emissions.  “The game was a hit,” says Binita Shresta, a Master’s student from Nepal and one of the conference organisers. “And many of the players understood the bottom line – that there’s much more to it than simply replacing conventional energy sources with renewables. That alone has no impact on energy consumption,” continues Shresta. “Energy use has to decrease.” The event also featured a World Café, which gave participants the chance to think about what they could do personally to contributed to increased sustainability.

The lectures pointed to the many ways people can change their lifestyle,  addressed not only the technical but political aspects of renewable energy, and explored sustainability from both the social and the individual’s perspective. The Oldenburg economist Niko Paech, who does not have a cell phone, avoids flying and uses his bike to get around town, introduced economic models that go beyond the notion of growth. Matthias Wanner, consultant and trainer for social and environmental projects, spoke about the Transition Town movement and its goal of conserving regional resources through individual, local initiatives designed to create sustainability from the bottom up. 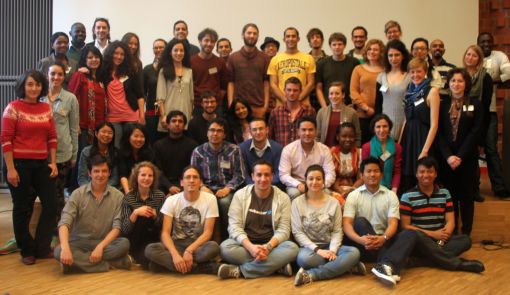 Very satisfied: The paticipants of the student-organised conference “Sustainability of Renewable Energy and Pathways for Future Society”
Photo: PPRE

Fresh ideas
“Good information, good contacts and great atmosphere” – that’s what Mohammed Nour Zoukar had to say about the conference. Zoukar, who is from Syria and currently studying Renewable Energy and Energy Efficiency in Kassel, found the work in international, multi-disciplinary teams very engaging and creative.  His goal is to establish renewable energies technologies in his home country. After taking part in the Oldenburg conference, Zoukar can even imagine organising a similar event at his own university and doing his part for sustainability.

Impressions from the workshop in our image gallery on facebook

Further information about the conference