What role do national governments, markets and civil society play in development? This question was addressed by the alumni of three development-related postgraduate courses in Economics during a three-day summer school put on by the DAAD in Berlin. 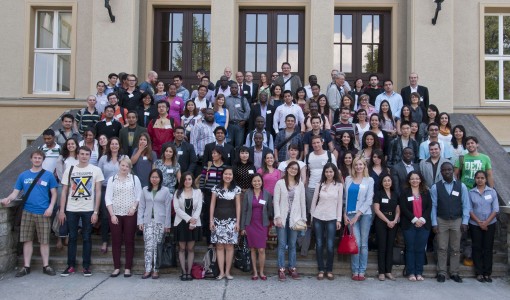 This year’s summer school tried something new. In the past, the event has been reserved for the alumni of the International and Development Economics (MIDE) Master’s programme. This time around, however, they were joined by alums from two other programmes  Universität Leipzig’s Small Enterprise Promotion and Training (SEPT) programme and the Master’s programme in Development Management at Ruhr Universität Bochum (RUB)  as well as by experts from the United Nations Conference on World Trade and Development (UNCTAD) and the World Trade Organization (WTO).

For Ulrich Wurzel, the program director from the MIDE programme, the new format was a success. According to Wurzel, each of the courses offered its own theoretical and practical approach to the mix, making for rich and fruitful discussion.  “Aside from the topical debates,” he continues, “our summer school is also about strengthening the links between and among our international alumni and students.”

Inspiring exchange
“The most important thing of all is the exchange of ideas,” says Farai Madzongwe. The 42-year-old from Zimbabwe graduated from the MIDE programme in 2006 and is now heading up several companies responsible for driving development in her home country. One of her companies, for example, promotes the fishing trade in rural areas through the use of solar-powered cooling equipment. 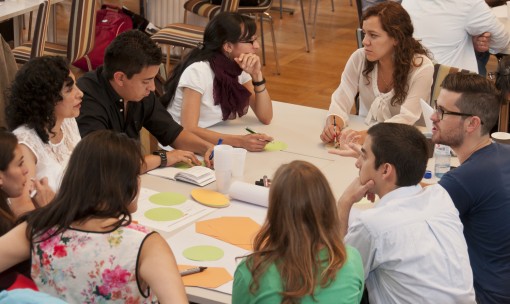 The 140 summer school participants were duly impressed by the entrepreneur’s presentation of her work.  She in turn was impressed by the success stories shared by other alumni, such as the foundation in Kenya that funds promising, forward-looking private development initiatives.  As Farai Madzongwe observed, something along those lines could also be established in Zimbabwe.  “We alumni are putting our expertise to practice all over the world,” she says. “The fact that we know each other and talk with one another helps reinforce our resolve and facilitates collaboration.”

Breaking into five smaller working groups, alumni and students explored the roles of markets and states in development from a variety of angles.  What have the last 30 years of neo-liberal economic policies achieved in terms of development? Where have national governments failed? And where have markets failed?  What are the experiences of today’s entrepreneurs and decision-makers in Africa, Asia and Latin America?  Should markets be recalibrated in the wake of the spate of recent financial crises? As Ulrich Wurzel reports, the debates went well into the evening hours and had to be brought to a close by the event organisers.  “It was impressive to see the critical acumen with which our alumni held their own in the sparring matches with the economic theorists.”

Pham Lien Anh from Vietnam, who graduated from the SEPT programme in 1996, was both inspired and edified by the group work. “The alumni, with all our experience in tow, come from all over the world to talk about the future of our countries,” she says. “It’s a huge win for every one of us.” Pham Lien Anh works for the International Finance Corporation (IFC), an organisation responsible for advancing private sector development in developing and emerging countries. 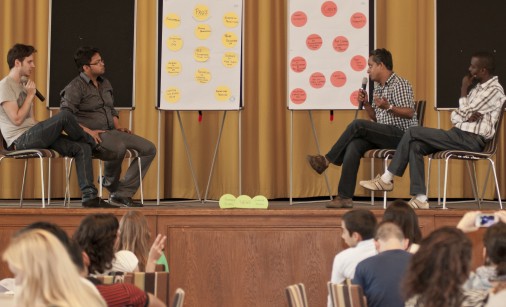 She reported on a first-time public-private partnership (PPP) infrastructure programme in the Vietnamese city of Danang. The current scholarship holders were very interested in what she had to say. “It’s a real plus for our studies, which are very theoretical, to experience and learn from these development experts first-hand,” says DAAD scholarship holder Philippinin Christina Carmina from the Development Management programme in Bochum.

The Berlin summer school was a valuable experience for all. While the younger economists benefited from the applied expertise of the alumni, as Pham Lien Anh put it, the seasoned alumni were provided with an important “update on the current theoretical discourse and debate among economists on development”. Businesswoman Farai Madzongwe agrees, summing it up by saying, “It’s a wonderful, continual and productive process of give and take.”