Goal 6: Combat HIV and AIDS, Malaria and other diseases
DAAD scholarship holders keep the eight United Nations Millennium Development Goals in mind. Their professional experience and their studies in Germany make them experts in this area. Dr Miftahul Fahmi Sembiring from Indonesia works in the area of emerging and re-emerging infectious diseases as well as zoonotic diseases such as avian influenza, MERS-CoV, Ebola, rabies and leptospirosis. 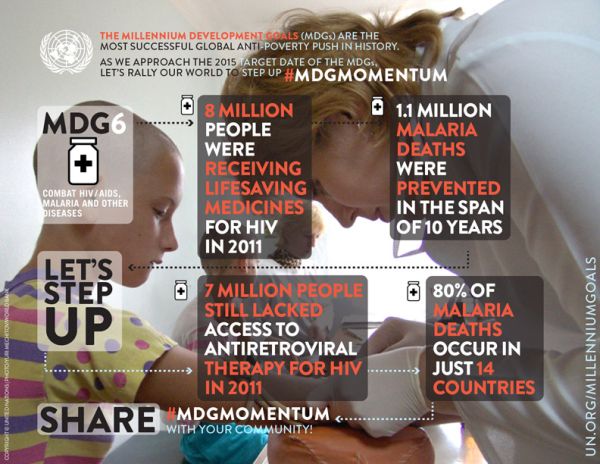 No Chance for Epidemics

Miftahul Fahmi Sembiring is stationed in a nonprofit organisation, New Delhi, India. As programme manager, he provides technical support on planning and budgeting, oversees management of donor resources and is involved in the staff recruitment process. Before pursuing his higher education, he worked with the WHO Country Office Indonesia and Clinton Health Access Initiatives. Immediately after concluding his Master in International Health at the University of Heidelberg, he worked at the International Labour Organization (ILO) headquarters, in Geneva on its HIV and AIDS Programme. 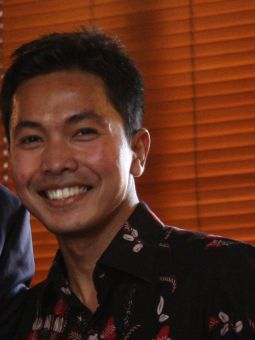 When we think of current epidemics, Ebola is the first to come to mind. How was this disease able to spread so quickly in West Africa?
The weak health systems in the Ebola-affected countries in West Africa are one of the reasons for this rapid spread. In addition, poor health facilities have worsened the situation and claim more lives. Furthermore, there is not only insufficient personal protective equipment (PPE); there is not enough training on how to put on this equipment nor enough training on how to decontaminate it. This has led to the transmission of the Ebola virus to healthcare workers, who are actually supposed to be spearheading disease containment. Safe burial practices are not always followed and this has also contributed to its rapid spread.

Would the disease have been easier to bring under control in another region?
Here in South-East Asia, the likeliness of disease containment is higher compared to Ebola-affected countries in West Africa thanks to good health systems and sufficient health facilities. Other regions with weak health systems and insufficient health facilities may not be able to contain the spread of the disease effectively.

Is the end of the Ebola epidemic in sight?
That’s a difficult question. The spread of the disease can be stopped, but this requires the collaboration and full support from the international community. OECD countries and other international organisations should provide adequate resource support in combating the disease. On the other hand, effective coordination and utilization of the generated resources should also take place to ensure adequate response in the Ebola-affected countries.

Controlling the spread of HIV has been a primary area of focus in your career. What has changed since the start of the UN Millennium Campaign in 2002?
With regards to HIV, we have accomplished a lot, particularly in the areas of awareness and education. We have helped people understand that people living with HIV and AIDS are not cursed or being punished by God, but have simply been infected with the virus. This means, however, anyone could potentially be infected and people must protect themselves. In a country where this message has been successfully passed on, those infected with HIV are no longer as ostracized as previously. In addition, we have also gained significant ground in providing an antiretroviral (ARV) drug, which has been made available in the lower and middle income countries. This drug has further reduced HIV transmission and the number of deaths attributed to HIV and AIDS. However, uninterrupted provision of ARV drugs is one of the biggest challenges in the low and middle income countries. I believe that if we could address these two issues much earlier, we would be able to get much closer to MDG goal #6 on HIV and AIDS.

Will the Millennium Goal of combating HIV and other diseases by 2015 be achieved?
Based on the current achievements and with only one year left before the target date, I would say it would be difficult for us to fully achieve it globally. However, if we go country by country, we may observe outstanding and quite impressive achievements on MDG goal 6. Therefore, despite the failure here and there, I think we should be proud of our joint efforts. Through the MDG initiative, we have managed to make significant improvements in various areas, especially in health-related agendas.

Disclaimer:
The provided response does not represent the interest/opinion of the organization where Dr Miftahul Fahmi Sembiring is currently employed.