When disaster strikes, people are quick to blame it on faulty planning. But it’s not that simple. “Hindsight is often 20/20,” says Dr. Mark Fleischhauer from the Institute of Spatial Planning at the TU Dortmund. He’ll be taking a close look at the limits of risk management at the Dortmund workshop taking place at the end of April, Millennium Express’ third stop after Dresden and Freiburg. 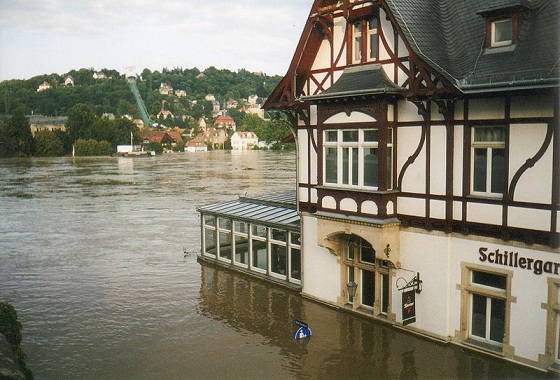 What do spatial planners have to do with disaster prevention?
Quite a bit. Risk management is an important part of our field. We analyze disasters and their causes, for example, in order to come up with recommendations for recovery and reconstruction in the affected region. Sometimes we’ll look at specific regions and determine specific vulnerabilities to certain risks. As an example, I worked with students to create a map of Dresden showing areas unsuitable for development due to their proneness to forest fires, flooding or technical failures.

Do studies like this fall on sympathetic ears?
No one likes hearing about risks. Local owners don’t like to be shown the risk card since it has a direct influence on the value of their property. Politicians also shy away when it comes to risks. Unfortunately, people learn best from experience. This makes it hard for us to consider something that is a potential danger. Earthquakes or a nuclear disaster are rare, but even so, they happened concurrently in Japan. It took this experience to make us realize that risks like these do indeed exist.

How can risks be calculated in advance?
There are two possibilities. First, like in the instance of flood control, a statistical probability for future flooding can be calculated based on past experiences. And for disasters that have not yet occurred or are very rare, we can still come up with a calculation using theoretical mathematics. But in both instances, information about the actual risk remains limited. After all, you can still roll a six four times in row, even if it’s mathematically improbable.

Does risk management increase overall safety?
Yes, to a certain extent. Many events are identified through risk management, but the extreme cases remain elusive. It’s impossible to be prepared for each and every kind of disaster. The experts in Fukushima had made the facility able to withstand an earthquake with a magnitude of 7.4 on the Richter scale. The last quake, however, shook the area with a magnitude of 9. Three years ago Dortmund was hit by a rare flash flood. Two hours of non-stop rain led to severe flooding, even though the city is not located in an area prone to floods. There’s always residual risk. In the end it’s a political decision as to which risks a community or region is willing to take, and what kind of damages they are willing to incur.