Mathematics as a key technology

Large factories, public administration, water supply systems – none of these could work well without mathematics. At the University of Kaiserslautern, doctoral candidates from developing countries are preparing themselves accordingly. 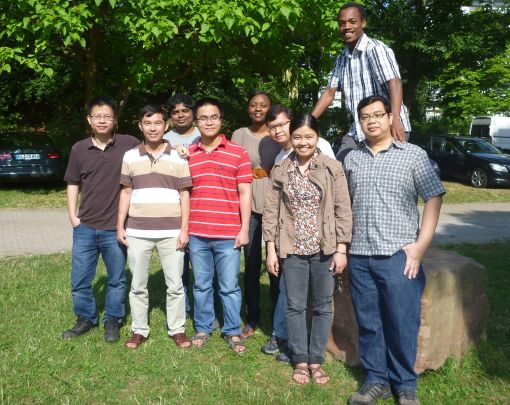 Since 2006, the DAAD has sponsored the “Mathematics in Industry and Commerce” PhD programme. It is aimed at mathematicians from developing countries, and forms part of the graduate school “Mathematics as a Key Technology” at the Universtiy of Kaiserslautern. The doctoral students concentrate their efforts on mathematical modelling, simulating real processes on a computer. “At the University of Kaiserslautern we work on applied mathematics, not just on theory, as in Chile. That’s why I decided on this programme,” says Danielo Alberto Pezo Villar, a doctoral candidate since October 2014.

Solving real problems
The work of the doctoral candidates demonstrates that mathematics is a real key technology. Danielo Pezo Villar is researching, among other things, more cost-effective alternatives to reinforced concrete, in order to make buildings more resistant to collapse. To this end, he is simulating distributions of small glass, metal, or stone fragments to be mixed in with the concrete. “In my home country, cities are destroyed again and again by earthquakes. In the future, with the newly won knowledge, I would like to contribute to preventing that damage,” he says. The DAAD scholarship holder Euna Nyarige from Kenya works on time series analysis. “With time series, the amounts of poisonous emissions that are produced in a country can be predicted,” she explains. “The data indicate when and if a critical mass will be reached, so that an intervention can take place.”

The conditions in Kaiserslautern are optimal: the mathematics faculty works closely with the Fraunhofer Institute for Industrial Mathematics, where 200 scientists work on real industrial projects. “There is plenty of subject matter for Bachelor’s, Master’s or PhD work. Furthermore, as scientific assistants, the scholars gather practical experience in settings outside the university,” says PhD programme’s coordinator Falk Triebsch. 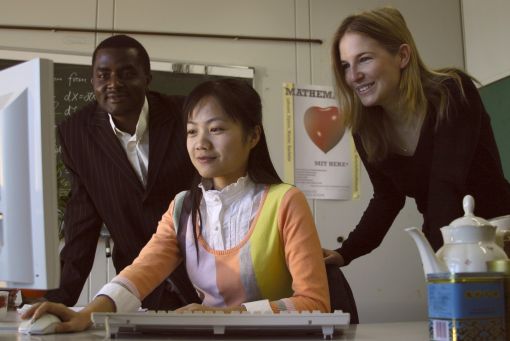 A promising future
After graduation, most of the alumni work in universities in their home countries, usually in highly qualified positions, where they teach modern, applied mathematics. They modernise the curriculum, and educate future mathematical modellers, who are urgently needed in developing countries. Euna Nyarige, too, would like to pass on her knowledge in a university setting. “I would like to continue my research and in cooperation with organisations,” she says, “and find praxis-oriented solutions for current problems.”

Further information about the “Mathematics as a Key Technology” graduate school:
http://www.mathematik.uni-kl.de/organisation/graduate-school/