“The scars in our city”

In the wake of the 2012 revolution, the number of sexual assaults on women in public is on the rise in Cairo. At the same time, offenders face hardly any legal consequences. Initiatives such as HarassMap want to change this. DAAD scholarship holder Mohamed El-Khateeb reports on the topic and his work for HarassMap.

On a DAAD scholarship, El-Khateeb is currently studying at the University of Freiburg in the Environmental Governance (MEG) master’s programme. 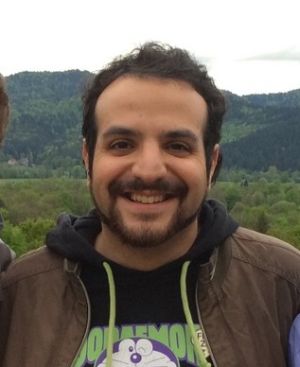 A few days ago, I was walking down Tahrir St from Bab ElLouk/Falaky square on my way to a business banquet at Semiramis Intercontinental hotel, when the idea really hit me: We live in a city of Scars. As I pass by the shops on Tahrir St, scars and memories of the brutal, inhumane attacks on female protesters around November 2012 and afterwards all rush back into mind.

For the past 3 years, ever since the Egyptian revolution started on January 25th 2011, a spirit of recapturing public spaces from the totalitarian state emerged in what has become known as “The Arab spring”.
In this wave of increasing activism and civil protest, Egypt unfortunately witnessed a surge in gender based attacks on women that chose to actively participate in public life. Sexual harassment has been an epidemic for years in Egypt with statistics mentioning that 99.3% of women in Egypt are subject to sexual harassment on a daily basis.

Yet, sexual harassment in the public sphere has taken a new, more violent form since the 2011 revolution: Female protestors are now being attacked by mobs of harassers, are sometimes stripped naked and were in many occasions raped in Tahrir square.

Some of these cases I have witnessed myself, as a volunteer with OpAntiSH (Operations Anti Sexual Harassment): A woman was brutally assaulted and then raped with a knife around the corner of Tahrir and Amir Kididar street. On the opposite side of the same street, where it meets with Mohamed Mahmoud street and faces the AUC main campus gate, many other women were sexually harassed, had their clothes torn, assaulted and at times almost kidnapped; all because they decided to voice their dissent, opposition and practice their political rights

Contrary to popular belief in Egypt, these incidents of sexualized violence are not related to the victim’s clothing, looks, race, age or social class. The mob attacks target female protestors simply because they have decided to take to the streets and practice their right to access the public space and express their political opinion publicly.

According to Egyptian law, harassment is an illegal act. However it’s not termed by word in legislation text and the terms rape or sexual assault remain unclear in the Egyptian Criminal code. The law specifically mentions any “acts of indecency, or breach of personal honor, directed towards a female” which still can be translated by a good lawyer and understanding judge into a conviction against a harasser/rapist.

The real issue is with enforcing such laws (even with the current vague wording): Although it’s quite common for people walking/standing by on a street to intervene and help others in case they were being robbed by thieves. Yet the same won’t happen with a woman who is being harassed by an assailant even if she calls out for help. In fact they might blame the victim, refuse to take the harasser to a police station or to testify against them and they would let the harasser escape.

There are also many challenges that women face if they decide to report harassment to police. At the police station, a woman reporting harassment would most probably get cross interrogated and questioned in an insensitive manner, disregarding of her personal condition and the humiliation of repeating her story to male police officers, over and over again.

With the lack of legal/social repercussions for harassers and rapists in Egypt, women remain vulnerable to street harassment from common, yet mild comments and ogling, to cases of extreme sexual violence; all that happening while the repeat harassers/rapists remain at large all over the city.

HarassMap is a volunteer based initiative that aims to end the social acceptability of sexual harassment in Egypt. Being a longtime volunteer and staff member myself, I can tell you all the excuses, reasons and twisted logic that I’ve heard from many people on the street during our community outreach campaigns.

These endless excuses play hand in hand with continued sexual violence that women face on a daily basis, be it Street harassment, mob assaults during Eid and political protests or domestic violence. 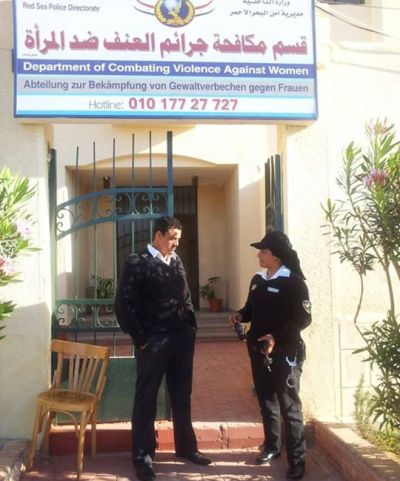 Yet, despite the gloominess of the current situation, the hope lies with the many young volunteers and social activists from HarassMap, OpAntiSH, Ded ElTaharaoush, Imprint and the many other movements working against sexualized violence in Egypt.

When HarassMap started in late 2010, there was hardly any anti-sexual harassment groups and there were many red lines, taboos that faced us back then while trying to conduct community street awareness campaigns. Now there are more than a dozen campaigns, volunteer based initiatives that are active on the ground and on social media. The topic of sexual harassment is getting an increasing amount of society and media’s attention. Even the ministry of Interior recently started a pilot office tackling violence towards women. Whether such office would later be translated to a nationwide policy remains unclear, yet that step could have never been imagined a couple of years before the revolution.

We hope that with the volunteers continued efforts and more social response will lead to a critical point at which sexual harassment will be no longer socially acceptable hence; hence with more repercussions against harassers and safer streets for women.

Until then, Tahrir square will still be marked with all the violent incidents, no matter how much they plan to clean it, renovate it or let the grass grow over these scars… at least in my memory

Update: 3rd of May, 2015
Since the date of writing the original article, only several cases of sexual harassment or mob assaults were the defendants were sentenced in court. In January 2014, provisions on combating violence against women were added within the new constitution. Also, amendments to the Egyptian Penal Code were done by the Government that included criminalization of sexual harassment against women. However, according to a study published by FIDH, Nazra and other initiatives, these drafts don’t cover all aspects of Sexual Harassment and Mob assault and are vaguely worded. [4]

In addition, these amendments are yet to be promulgated by the Egyptian Parliament and are prone to be overturn in the next parliamentarian session. Egypt doesn’t have an elected parliament since July 2013.

Note: Portions of this text appeared in an article entitled “Die Stadt der Narben” as part of the 1993 – 2013 anniversary publication of the humanitarian aid organization AMICA e.V.